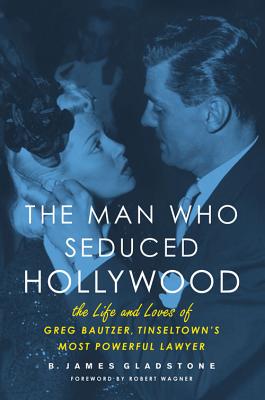 In Hollywood history, no other lawyer has achieved the movie star–like fame and glamour that Greg Bautzer enjoyed. This revealing biographytells, for the first time, the amazing story of a self-made man who for 50 years used his irresistible charm and prodigious legal talent to dominate the courtrooms, boardrooms, and bedrooms of Hollywood. Columnists dubbed him “Hollywood Bachelor Number One,” and for good reason. His long-term relationships and momentary conquests were a who’s who of leading ladies. Through exclusive interviews with those who knew him best, the book uncovers the inner workings of not only Bautzer the high-powered Hollywood lawyer—whose clients included billionaire Howard Hughes—but Bautzer the man.

B. James Gladstone is executive vice president of business and legal affairs for Lionsgate Entertainment. He previously served as in-house counsel for Artisan Entertainment and worked in production and marketing at Vestron Pictures before becoming a lawyer. He lives in Los Angeles. Robert Wagner is an actor best known for his roles on the television shows Hart to Hart and It Takes a Thief, and in the Austin Powers trilogy of films.