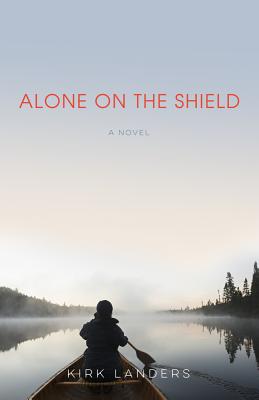 Alone on the Shield

I hope you get drafted and you go to Vietnam and you get shot and you die there!

Those words, spoken in the anger of youth, marked the end of the torrid 1960s college romance of Annette DuBose and Gabe Pender. She would marry a fellow antiwar activist and end up immigrating to Canada. He would fight in Vietnam and come home to build an American Dream kind of life.

Forty years later, they have reconnected and discovered a shared passion: solo canoeing in Ontario’s raw Quetico wilderness. They decide to meet again to catch up on old times, not in a café but on Annette’s favorite island deep in the Quetico wilds.

Though they try to control their expectations for their rendezvous, they both approach the island with a growing realization of the emotional void in their lives and wonder how different everything might have been if they had stayed together. They must overcome challenges just to reach the island. Then they encounter the greatest challenge of all—each other.


Praise For Alone on the Shield: A Novel…

“Alone on the Shield is a brilliant, hard look into the mirror of our pasts in which our new, ideal selves break free from their old molds and casts. Landers’s powerful, sweeping journey into the Canadian wilderness takes readers through trials of self-reflection, endurance, and discovery to find what matters most in life—loves, hatreds, and ideal selves. A true joy to read.” —Ross Ritchell, author of The Knife


“Kirk Landers has written a kind of Deliverance set in the wilderness of Canada, though instead of hillbilly horror, the memorable heroes of this novel—a man and woman rediscovering love in late middle age—confront demons of their own making. Rich in suspense, place, and character.” —Lin Enger, author of The High Divide and Undiscovered Country


"Debut novelist Landers clearly knows and loves the Boundary Waters, and he admirably captures the drama and beauty of the wild landscape."—Kirkus Reviews

"Alone on the Shield is tense and dramatic, absorbing from beginning to end, one of those precious tales that manages to be both a page-turner and a thoughtful novel of great depth and resonance."—Booklist

"A compelling mixture of adventure and romance, Alone on the Shield is a tightly focused novel that deftly speaks to growing older and the struggle for understanding."—ForeWord Magazine

“Alone on the Shield. . . engaged me from cover to cover with relatable characters, balanced conflicts, picturesque descriptions and more.” —Boomer Magazine

“ALONE ON THE SHIELD by Kirk Landers is the perfect way to experience an imaginative travel adventure with some exciting anticipation to rile things up a bit.”—The Zest Quest

Kirk Landers launched his professional writing career in the US Army, later entering the special-interest and trade magazine worlds. His magazines won more than a hundred awards for journalistic excellence, and he is a member of the Construction Writers Hall of Fame. He lives in the suburbs of Chicago.
Loading...
or
Not Currently Available for Direct Purchase