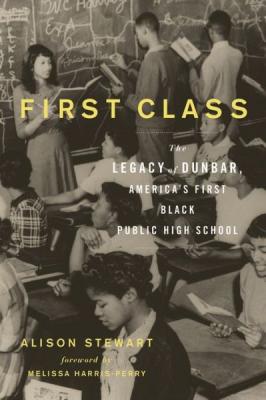 Dunbar High School in Washington, DC, defied the odds and, in the process, changed America. In the first half of the twentieth century, Dunbar was an academically elite public school, despite being racially segregated by law and existing at the mercy of racist congressmen who held the school's purse strings. These enormous challenges did not stop the local community from rallying for the cause of educating its children.Dunbar attracted an extraordinary faculty: one early principal was the first black graduate of Harvard, almost all the teachers had graduate degrees, and several earned PhDs all extraordinary achievements given the Jim Crow laws of the times. Over the school's first eighty years, these teachers developed generations of highly educated, high-achieving African Americans, groundbreakers that included the first black member of a presidential cabinet, the first black graduate of the US Naval Academy, the first black army general, the creator of the modern blood bank, the first black state attorney general, the legal mastermind behind school desegregation, and hundreds of educators.By the 1950s, Dunbar High School was sending 80 percent of its students to college. Today, as with too many troubled urban public schools, the majority of Dunbar students struggle with reading and math. Journalist and author Alison Stewart, whose parents were both Dunbar graduates, tells the story of the school's rise, fall, and path toward resurgence as it looks to reopen its new, state-of-the-art campus in the fall of 2013.

Alison Stewart is an award-winning journalist whose twenty-year career includes anchoring and reporting for NPR, NBC News, ABC News, and CBS News. She got her start covering politics for MTV News. Stewart is a graduate of Brown University.Melissa Harris-Perry is a professor of political science at Tulane University and host of The Melissa Harris Perry Show."
Loading...
or
Not Currently Available for Direct Purchase