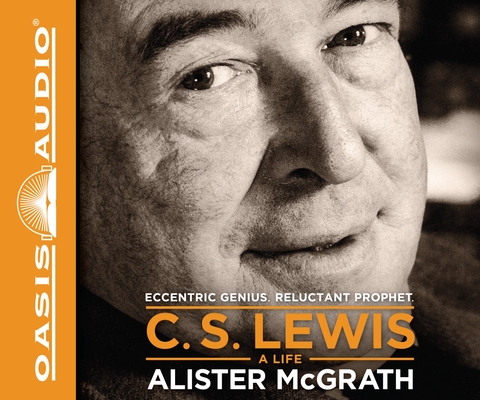 In honor of the 50th anniversary of C. S. Lewis' death, celebrated Oxford don Dr. Alister McGrath presents us with a compelling and definitive portrait of the life of C. S. Lewis, the author of the well-known Narnia series. For more than half a century, C. S. Lewis’ Narnia series has captured the imaginations of millions. In C. S. Lewis — A Life, Dr. Alister McGrath recounts the unlikely path of this Oxford don, who spent his days teaching English literature to the brightest students in the world and his spare time writing a bestselling fantasy series for children. Dr. McGrath uses his extensive research and thorough examination in chronological order of Lewis’ correspondence and archival materials to present a new picture of Lewis’s life. This definitive biography paints a portrait of an eccentric thinker who became a compelling, though reluctant, prophet for our times. You won’t want to miss this fascinating portrayal of a creative genius who inspired generations.

"This multifaceted biography and analysis of C.S. Lewis's life and works would challenge even the most dedicated audiobook narrator. The late Robin Sachs clearly has a keen understanding of the work and the life he is recounting. The book is divided into segments that include the various events of Lewis's life. His relationship with his father, the death of his wife, and his ongoing relationship with his brother influenced his literature. Additionally, his conversion from atheism to Christianity transformed his character. With a tranquil tone and fluid delivery, Robin Sachs leads the listener through these various sections with quiet perception of the man and thoroughly reveals Lewis's complex nature. It's a stellar performance and a stunning biography."
E.S. Winner of AudioFile Earphones Award - © AudioFile 2013, Portland, Maine

Alister McGrath is professor of theology, ministry, and education at King’s College London and head of its Center for Theology, Religion, and Culture. Before moving to King’s College, he was professor of historical theology at Oxford University and is currently senior research fellow at Harris Manchester College at Oxford. Dr. McGrath is a bestselling author of more than fifty books and a popular speaker, traveling the world every year to speak at various conferences.
Loading...
or
Not Currently Available for Direct Purchase