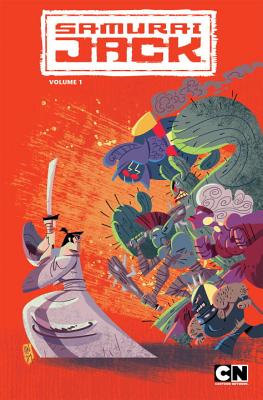 The Threads of Time

The legendary samurai known only as ‘Jack’ is stranded in a strange future ruled by the demonic wizard, Aku. His quest to return back to the past has tested him many times, but now the stakes are higher than ever. Can an ancient relic known as the Rope of Eons finally take him home?

An accomplished graphic artist and illustrator, Andy’s worked both in comics and animation—winning an Annie Award for his work on Samurai Jack. He has also designed on other Emmy Award winning shows like Fairly Oddparents, Star Wars: Clone Wars and a bunch of others. He has also had a few pilots in production at Cartoon Network, Warner Bros., BET and Disney respectively.
Loading...
or support indie stores by buying on