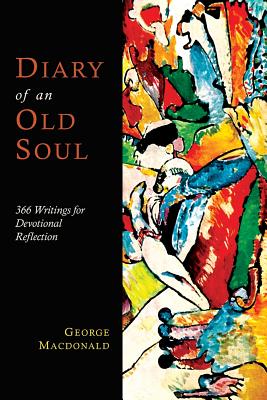 Diary of an Old Soul

2015 Reprint of 1965 Edition. Full Facsimile of the original edition. Not reproduced with Optical Recognition Software. The book comprises 366 daily poems and writings for devotional reflection. Macdonald's writings have been cited as a major literary influence by many notable authors including W. H. Auden, C. S. Lewis, J. R. R. Tolkien, Walter de la Mare, E. Nesbit and Madeleine L'Engle. The "Diary" is a book of daily poetry following his spiritual journey over the course of a year. Each poem is either about God, to God, or describes MacDonald's spiritual pain or exhilaration. The versatility of this book is limitless: It can be read through in a sitting, or be digested throughout the entire year. For some, it will make an excellent accompaniment to a daily devotional. No matter how it is utilized, George MacDonald's book is a powerful Christian classic that is sure to touch the hearts and minds of those that read it.