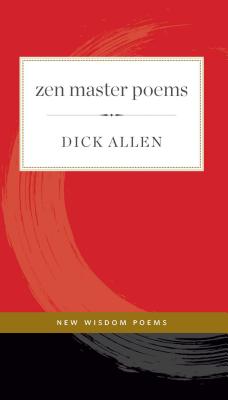 A unique voice in American poetry evocative of Han Shan's Zen verses, Pablo Neruda's Book of Questions, and the writings of Jack Kerouac. What a long conversation
we never had All those rivers?
we never crossed together. You so busy with your own life,
I so busy with mine. Dick Allen, one of the founders of the Expansive Poetry movement, has won the Robert Frost Prize, the Hart Crane Poetry Prize, and the Pushcart Prize--among others. His work has been anthologized five times in the Best American Poetry volumes, and has appeared in The New Yorker, The Atlantic Monthly, Tricycle, The Buddhist Poetry Review, and The American Poetry Review, as well as numerous other publications. He's a former fellow of the National Endowment for the Arts, and a former Poet Laureate for the state of Connecticut, where he lives and writes.

Dick Allen (b. 1939) is variously known as a mystical poet, A Zen Buddhist poet, a poet concerned with the turn of the 21st century, a poet of contemporary science, and a poet whose style ranges from formal to free verse. Having published 8 volumes of poetry and numerous poems in publications such as The New Yorker, The Atlantic Monthly, The Hudson Review, and The American Poetry Review, Allen has served as Connecticut's State Poet Laureate for five years and has won prizes and praise for his poetry nationwide. With his wife Lori, also a writer, Dick Allen lives, writes, and takes walks besides Thrushwood Lake in Trumbull, CT.
or
Not Currently Available for Direct Purchase