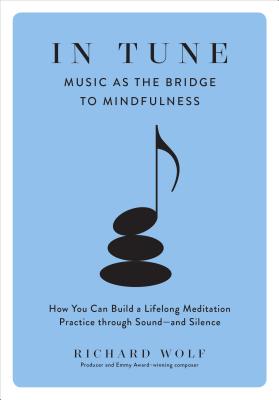 Praise For In Tune: Music as the Bridge to Mindfulness…

“This bestselling book has literally been a guide for many musicians and top music industry insiders. . . . A great read for any musician!”—Parade

“When I began reading [In Tune], I couldn’t put it down. When I got to the end, I re-read it. All of a sudden, my meditation practice—and my music playing and listening skills—were turbocharged. . . .I [am] unaware of any other book that created a roadmap for the musician to master the art of mindfulness.”—Musical Merchandise Review

Richard Wolf is an Emmy Award–winning composer, multi-platinum-selling music producer, and professor at the University of Southern California’s Thornton School of Music, where he teaches classes on music and mindfulness. As a producer/remixer/songwriter/composer, Wolf worked on projects with Prince, Bell Biv DeVoe, Freddie Mercury, Seal, MC Lyte, and Coolio, and has been contributing to the soundtracks for scores of films and television programs including twelve seasons of the worldwide hit NCIS. He started practicing Zen meditation when he was a teenager.
Loading...
or support indie stores by buying on