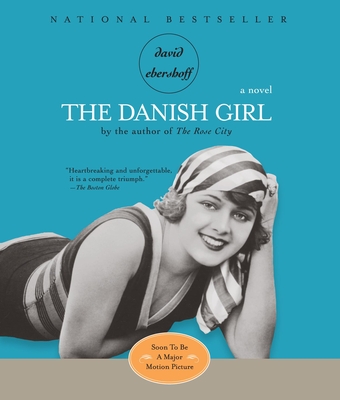 Inspired by the true story of Danish painter Einar Wegener and his California-born wife, this tender portrait of a marriage asks: what do you do when someone you love wants to change? It starts with a question, a simple favor asked of a husband by his wife on an afternoon chilled by the Baltic wind while both are painting in their studio. Her portrait model has cancelled; would he slip into a pair of women's shoes and stockings for a few moments so she can finish the painting on time? “Of course,” he answers. “Anything at all.” With that one of the most passionate and unusual love stories of the twentieth century begins.

Praise For The Danish Girl…

“Heartbreaking and unforgettable . . . a complete triumph.”
—The Boston Globe

“An unusual and affecting love story.”
—The New York Times

“A sophisticated and searching meditation on the nature of identity.”
—Esquire

“It is nearly impossible not to be moved.”
—The Baltimore Sun

DAVID EBERSHOFF is an adjunct assistant professor in the graduate writing program at Columbia University. He was for several years the publishing director of The Modern Library, a division of Random House. Originally from Pasadena, California, he now lives in New York City.

JEFF WOODMAN originated the title role in Tennessee Williams' "The Notebook of Trigorin" and won the san Francisco Critics' circle Award for his performance in "an Ideal Husband" In addition to numerous Off-Broadway credits, his TV appearances include Law & Order, Sex and the City, and Cosby. His more than 200 audiobook narrations has earned him numerous awards, including a People magazine "Annual Top Five" citation and a spot in AudioFile magazine's "Top Fifty Voices of the Century".
Loading...
or
Not Currently Available for Direct Purchase