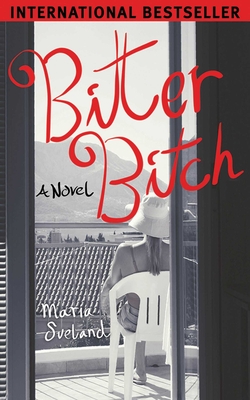 On a miserable January morning, Sarah is sitting on a plane to Tenerife, Spain—without her husband or her children—for a week-long vacation. At the age of thirty, she’s just realized that she’s very angry with her life, her choices, and her family—and that she’s becoming a bitter bitch. For plane reading, she carries a copy of Erica Jong’s Fear of Flying and suddenly wishes it were 1975 instead of 2005—although she wonders how things have gotten so bad that all she craves is a full night’s sleep instead of a zipless f**k.

Sarah never intended for things to turn out the way they have: She just dreamed of love like everyone else. But now she’s sitting on the plane, thinking about all the injustices she’s suffered. Thinking about how thoroughly fooled she was by the storybook promise of love—the one that makes us want to start a family. Thinking about all the women she knows who, like her, were drained of all their energy and sentenced to a family prison—an inheritance passed down directly from generation to generation, from her restless mother’s eczema-covered dishpan hands to her own nervous over-achiever complex.

Angry and candid, Bitter Bitch is a wild, uncompromising novel, at the heart of which is one of the most important women’s issues: How can we ever have an egalitarian society when we can’t even live in equality with those we love?