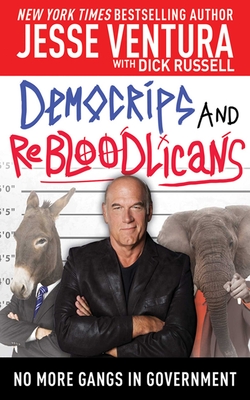 No More Gangs in Government

Let Jesse Ventura explain the untold truth about how corporations have bought the American electoral and legislative process through the power of lobbyists, campaign contributions, and political action committees.

Using historical details, such as the development of the two-party system and the advent of third-party candidates throughout U.S. history, DemoCRIPS and ReBLOODlicans exposes how the two major parties have allowed corporations, businesses, and politically-motivated wealthy individuals to manipulate elections, bribe elected officials, and silence the average American voter.

Exposing the ineptitude and gang-like mentalities of both parties, Ventura advocates the replacement of the two-party system with a no-party system based on the ideals of our Founding Fathers. As election time rolls around, this is most certainly the book that should be looked at for reforming our electoral system.