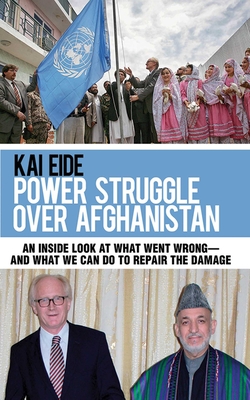 Based on the author’s own conversations with President Karzai and other Afghan politicians, as well as prominent international representatives, Power Struggle Over Afghanistan is a Norwegian diplomat’s account of his two years at the United Nations. Eide was President Karzai’s closest international interlocutor from March 2008-2010 and he interacted with him regularly during the most hectic periods. It was a time marred by widespread fraud, including the controversial presidential elections, and gross international interference, much of which is still unknown to the general public.

Working closely with Karzai, Eide was inevitably caught up in the rivalries between the Afghani authorities and the international community, as well as in the tensions generated by the security situation. Eide speaks freely and honestly about the political gambles, the military reality, and the people he met. His story is a unique account of contemporary Afghanistan, and its critique of military and civilian operations in Afghanistan will without doubt prove controversial.