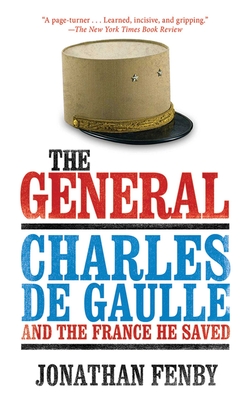 Charles De Gaulle and the France He Saved

No leader of modern times was more uniquely patriotic than Charles de Gaulle. As founder and first president of the Fifth Republic, General de Gaulle saw himself as “carrying France on [his] shoulders.”
In his twenties, he fought for France in the trenches and at the epic battle of Verdun. In the 1930s, he waged a lonely battle to enable France to better resist Hitler’s Germany. Thereafter, he twice rescued the nation from defeat and decline by extraordinary displays of leadership, political acumen, daring, and bluff, heading off civil war and leaving a heritage adopted by his successors of right and left.

Le Général, as he became known from 1940 on, appeared as if he was carved from a single monumental block, but was in fact extremely complex, a man with deep personal feelings and recurrent mood swings, devoted to his family and often seeking reassurance from those around him. This is a magisterial, sweeping biography of one of the great leaders of the twentieth century and of the country with which he so identified himself. Written with terrific verve, narrative skill, and rigorous detail, the first major work on de Gaulle in fifteen years brings alive as never before the private man as well as the public leader through exhaustive research and analysis.

Jonathan Fenby reported from France for a variety of newspapers, including the Economist, Christian Science Monitor, Times of London, Guardian, and London Observer. Married to a Frenchwoman, he was, to his surprise, made a Chevalier of the Légion d'Honneur and the Ordre du Mérite in 1990. He is also the author of acclaimed biographies of Chiang Kai-shek and Charles de Gaulle—called a "page-turner" by the New York Times Book Review, which wrote: "Fenby knows how to turn breadth and depth into enthrallment.”—among other works. He lives in England.
Loading...
or
Not Currently Available for Direct Purchase