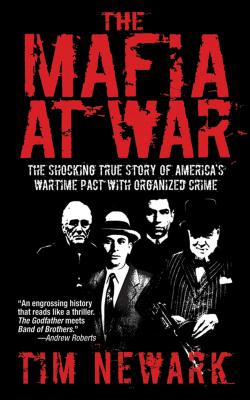 The Mafia at War

Drawing on a wealth of eyewitness accounts, contemporary reports, and declassified intelligence documents, some never published before, The Mafia at War reconstructs the relationships between the Mafia and Allied intelligence organizations. Discover how Jewish gangsters clashed with Nazis on the streets of New York; how Mafiosi nearly issued contracts to kill top Nazis, including Hitler; how Mafia-backed bandits conducted a guerrilla war for Sicilian independence; and how Eisenhower was happy to arm the Mafia during the Allied invasion of Sicily. Uncovering the extraordinary secrets of this collaboration, Newark provides crucial insight into both the history of World War II and how the Mafia came to dominate global crime in the post-war world.

Tim Newark is the editor of Military Illustrated. He is also the author of numerous works of military history, including CAMOUFLAGE that accompanied the highly acclaimed exhibition, and The Mafia at War, the fascinating history of the invasion of Sicily. He consults and writes from many TV series including the 13 part Churchill's Bodyguard.
Loading...
or
Not Currently Available for Direct Purchase