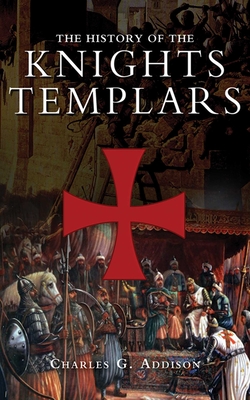 The History of the Knights Templars

The history of the Knights Templars is a remarkable story of triumphs and defeats, marked with controversies and tragedy.  From their rise to their demise, Charles G. Addison captivatingly chronicles the various characters that played a role in shaping this powerful military order that reigned for almost two centuries during the Middle Ages.

Having examined scores of documents and texts, and traveled to many of the ruined fortresses and castles of the order, Addison was an expert on the Templars’ history. He insightfully details their plight in this volume, first published in 1842. Starting with the origins of the brotherhood, the foundations and ideals of the order, and their chosen symbol of the red cross, the author explains their role in protecting pilgrims traveling to the Holy Land, their feats during the Crusades, the relationships they held with various kings and church leaders, their contributions to protecting Europe from Turkish conquest and preserving Christianity in Europe and Asia, and their tragic end: stripped of their lands, tortured, and burned at the stake.

Addison provides a clear and comprehensible account of this great religious and military fraternity of knights and monks that will engross anyone interested in their history and the Middle Ages.