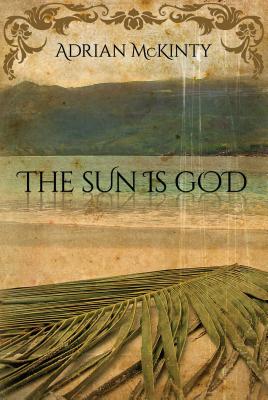 The Sun Is God

FROM THE EDGAR® AWARD-NOMINATED AUTHOR OF THE DETECTIVE SEAN DUFFY NOVELS Colonial New Guinea—1906: a small group of mostly German nudists live an extreme back-to-nature existence on the remote island of Kabakon. Eating only coconuts and bananas, they purport to worship the sun. One of their members—Max Lutzow—has recently died, allegedly from malaria. But an autopsy on his body in the nearby capital of Herbertshöhe raises suspicions about foul play. Retired British military police officer Will Prior is recruited to investigate the circumstances of Lutzow’s death. At first, the eccentric group seems friendly and willing to cooperate with the investigation. They all insist that Lutzow died of malaria. Despite lack of evidence for a murder, Prior is convinced that the group is hiding something. Things come to a head during a late-night feast supposedly given as a send-off for the visitors before they return to Herbertshöhe. Prior fears that the intent of the “celebration” is not to fete the visitors but to make them the latest murder victims.

Praise For The Sun Is God…

“The writing resembles Joseph Conrad without the layers of hard-to-understand impressionistic writing or Graham Greene without the Catholic guilt…. Entertaining.”
– BUFFALO NEWS

“McKinty’s gift for storytelling is evident…his fascinating tale is rich in detail, and there’s a most unexpected hero.”
– RT BOOK REVIEWS

“That the story of the Cocoivores is true makes it all the more fascinating and an intriguing frame for this entertaining and unusual historical mystery.”
– BOOKLIST

"The best crime novel that I've read in a long time…. [McKinty is] a great writer.”
—NANCY PEARL

“An utterly brilliant novel with its own unique voice.” —STUART NEVILLE

“Pitch-perfect....Everything in this novel hits all the right notes. This is crime fiction at its best.” – BOOKLIST STARRED REVIEW

"I Hear the Sirens in the Street blew my bloody doors off!" -IAN RANKIN, author of the Inspector Rebus novels

Adrian McKinty is the author of eighteen novels, including the acclaimed Detective Sean Duffy novels. Rain Dogs is winner of the 2017 Edgar® Award – Best Paperback Original. Gun Street Girl was shortlisted for the Anthony, Ned Kelly, and Edgar® Awards. The Cold Cold Ground won the Spinetingler Award. I Hear the Sirens in the Street won the Barry Award and was shortlisted for the Ned Kelly Award. In the Morning I'll Be Gone won the Ned Kelly Award and was selected by the American Library Association as one of the top-10 crime fiction novels of 2014. McKinty is also the author of the standalone historical The Sun Is God. Born and raised in Carrickfergus, Northern Ireland, McKinty was called "the best of the new generation of Irish crime novelists" in the Glasgow Herald.
Loading...
or
Not Currently Available for Direct Purchase