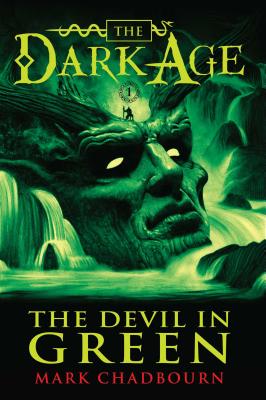 Humanity has emerged, blinking, from the Age of Misrule into a world substantially changed: cities lie devasted, communications are limited, anarchy rages across the land. Society has been thrown into a new Dark Age where superstition holds sway. The Tuatha De Danaan roam the land once more, their terrible powers dwarfing anything mortals have to offer. And in their wake come all the creatures of myth and legend, no longer confined to the shadows. Fighting to find their place in this new world, the last remnants of the Christian Church call for a group of heroes: a new Knights Templar to guard the priesthood as they set out on their quest for souls. But as everything begin to fall apart, the Knights begin to realize their only hope is to call on the pagan gods of Celtic myth for help...

Mark Chadbourn—a two-time winner of the British Fantasy Award—is the critically-acclaimed author of sixteen novels and one non-fiction book. A former journalist, he is now a screenwriter for BBC television drama. His other jobs have included running an independent record company, managing rock bands, working on a production line, and as an engineer’s ‘mate’. He lives in a forest in the English Midlands. Visit him online at www.markchadbourn.net.
Loading...
or
Not Currently Available for Direct Purchase