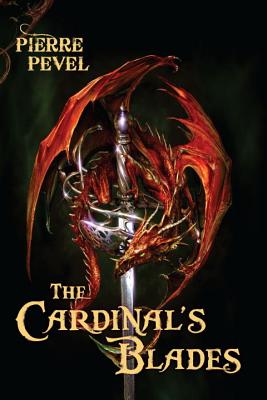 Welcome to seventeenth-century Paris, where intrigue, duels, and spies are rife and Cardinal Richelieu’s men may be prevailed upon to risk life and limb in the name of France at a moment’s notice. And with war on the horizon, the defense of the nation has never been more pressing.

Danger is rising from the south—an insidious plot that could end with a huge dragon-shaped shadow falling over France, a shadow cast by dragons quite unlike the pet dragonets that roam the cities like stray cats, or the tame wyverns men ride like horses, high over the Parisian rooftops. These dragons and their descendants are ancient, terrible, and powerful ... and their plans contain little room for the lives or freedom of men.

Cardinal Richelieu has nowhere else to turn; Captain La Fargue and his elite group of men, the Cardinal’s Blades, must turn the tide. They must hold the deadly Black Claw cult at bay, root out traitors to the crown, rescue prisoners, and fulfill their mission for the Cardinal, for their country, but above all for themselves.

It’s death or victory. And the victory has never been less certain.

Praise For The Cardinal's Blades…

Pierre Pevel, born in 1968, is one of the foremost writers of French fantasy today. The author of seven novels, he was awarded the Grand Prix de l’Imaginaire in 2002 and the Prix Imaginales in 2005, both for best novel.
Loading...
or
Not Currently Available for Direct Purchase