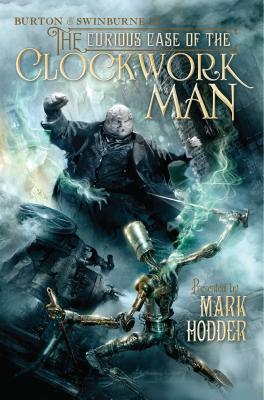 Mark Hodder's second Burton & Swinburne steampunk adventure, following the acclaimed The Strange Affair of Spring Heeled Jack, is filled with eccentric steam-driven technology, grotesque characters, and a deepening mystery. When a clockwork-powered man of brass is found abandoned in Trafalgar Square, Burton and his assistant, the wayward poet Algernon Swinburne, find themselves on the trail of the stolen Garnier Collection--black diamonds rumored to be fragments of the Lemurian Eye of Naga, a meteorite that fell to Earth in prehistoric times. From a haunted mansion to the Bedlam madhouse, from South America to Australia, from séances to a secret labyrinth, Burton struggles with shadowy opponents and his own inner demons. Can the king's agent expose a plot that threatens to rip the British Empire apart, leading to an international conflict the like of which the world has never seen? And what part does the clockwork man have to play?