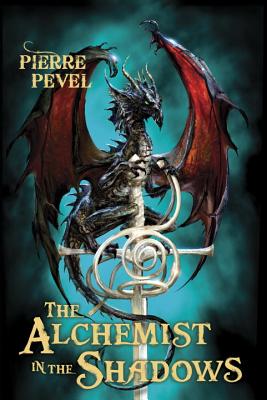 The Alchemist in the Shadows (The Cardinal's Blades)

Paris, 1633: Cardinal Richelieu is on his guard. France is under threat, and a secret society is conspiring against him from the heart of the greatest courts in Europe. To counter the threat, Richelieu has put his most trusted men into play: the Cardinal's Blades, led by Captain la Fargue. When la Fargue hears from "La Donna," a beautiful spy claiming to have valuable information, he has to listen. She says the enemy is an exceptionally dangerous adversary: the Alchemist in the shadows.

Praise For The Alchemist in the Shadows (The Cardinal's Blades)…

"…deeply satisfying… . Pevel lets each of his fascinating characters shine in turn while weaving them together in a rich plot with just the right mix of inevitability and surprise. The storytelling is wonderful… fans of [The Cardinal’s Blades] will enjoy this installment…"
-Publishers Weekly

"Along with the ability to conjure up a sensory portrait of an unwashed era, Pevel has a strong feel for character, no matter where the members of his large and expanding cast may lie along the moral spectrum."
-Locus

Pierre Pevel, born in 1968, is one of the foremost writers of French fantasy today. The author of seven novels, he was awarded the Grand Prix De L'imaginaire in 2002 and the Prix Imaginales in 2005, both for best novel. Most recently, he is the winner of the 2010 David Gemmell Morningstar Award for Best Fantasy Newcomer.
Loading...
or support indie stores by buying on
(This book is on backorder)