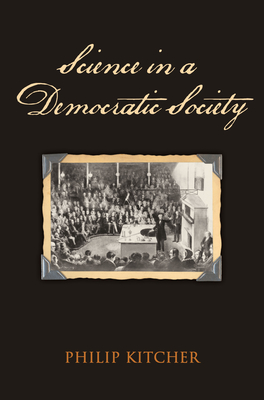 In this successor to his pioneering Science, Truth, and Democracy, the author revisits the topic explored in his previous work—namely, the challenges of integrating science, the most successful knowledge-generating system of all time, with the problems of democracy. But in this new work, the author goes far beyond that earlier book in studying places at which the practice of science fails to answer social needs.

He considers a variety of examples of pressing concern, ranging from climate change to religiously inspired constraints on biomedical research to the neglect of diseases that kill millions of children annually, analyzing the sources of trouble. He shows the fallacies of thinking that democracy always requires public debate of issues most people cannot comprehend, and argues that properly constituted expertise is essential to genuine democracy.

No previous book has treated the place of science in democratic society so comprehensively and systematically, with attention to different aspects of science and to pressing problems of our times.

Philip Kitcher (New York, NY) is John Dewey Professor of Philosophy at Columbia University. He is the author of twelve books, including Living with Darwin: Evolution, Design, and the Future of Faith; In Mendel’s Mirror: Philosophical Reflections on Biology; Science, Truth, and Democracy; and The Lives to Come: The Genetic Revolution and Human Possibilities. Professor Kitcher was the first recipient of the Prometheus Prize awarded by the American Philosophical Association for "lifetime contribution to expanding the frontiers of research in philosophy and science." He is also the winner of many other awards, most recently the Award for Distinguished Service to the Columbia Core Curriculum, the Lenfest Distinguished Faculty Award from Columbia University, the Lannan Foundation Notable Book Award (given for Living with Darwin), and the Friend of Darwin Award (given by the National Committee on Science Education).
Loading...
or
Not Currently Available for Direct Purchase