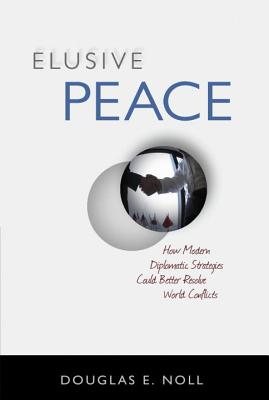 This in-depth analysis goes behind the headlines to understand why crucial negotiations fail. The author argues that diplomats often enter negotiations with flawed assumptions about human behavior, sovereignty, and power. Essentially, the international community is using a model of European diplomacy dating back to the 18th century to solve the complex problems of the 21st century.

Through numerous examples, the author shows that the key failure in current diplomatic efforts is the entrenched belief that nations, through their representatives, will act rationally to further their individual political, economic, and strategic interests. However, the contemporary scientific understanding of how people act and see their world does not support this assumption. On the contrary, research from decision-making theory, behavioral economics, social neuropsychology, and current best practices in mediation indicate that emotional and irrational factors often have as much, if not more, to do with the success or failure of a mediated solution.

Reviewing a wide range of conflicts and negotiations, Noll demonstrates that the best efforts of negotiators often failed because they did not take into account the deep-seated values and emotions of the disputing parties. In conclusion, Noll draws on his own long experience as a professional mediator to describe the process of building trust and creating a climate of empathy that is the key to successful negotiation and can go a long way toward resolving even seemingly intractable conflicts.

Douglas E. Noll, JD, MA (Clovis, CA), lawyer turned peacemaker, is a professional mediator, specializing in difficult, complex, and intractable conflicts. He has been voted as one of the Best Lawyers in America since 2005 by bestlawyers.com for his work in conflict resolution and mediation and is AV-rated by Martindale Hubbell, given to the top 1 percent of the lawyers in the United States. Mr. Noll is host of The Doug Noll Show, an Internet radio show streamed live every Thursday evening from 7-8 pm Pacific on wsRadio.com and is a nationally recognized author, speaker, trainer, and lecturer on the topics of mediation, peacemaking, ethics, and leadership. Mr. Noll is also the author of Sex, Politics, and Religion at the Office (coauthored with John Boogaert); "The Neuropsychology of Conflict," chapter 3 in The Psychology of Resolving Global Conflicts, edited by M. Fitzduff and C.E. Stout; and Peacemaking: Practicing at the Intersection of Law and Human Conflict.
Loading...
or
Not Currently Available for Direct Purchase