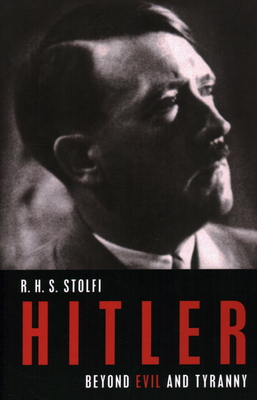 Beyond Evil and Tyranny (German Studies)

This fascinating and richly detailed new biography of Hitler reinterprets the known facts about the Nazi Fuehrer to construct a convincing, realistic portrait of the man. In place of the hollow shell others have made into an icon of evil, the author sees a complex, nuanced personality. Without in any way glorifying its subject, this unique revision of the historical Hitler brings us closer to understanding a pivotal personality of the twentieth century.

Praise For Hitler: Beyond Evil and Tyranny (German Studies)…

"This is no neo-Nazi apologia for the horrors of the Third Reich. It is an earnest effort to interpret Hitler’s personal evolution and place his actions within his personal and political context. . . . In trying to fathom the ‘real’ Hitler, Stolfi may be on a fool’s errand, but this provocative work is at least worthy of discussion."
—Booklist

R. H. S. Stolfi, professor emeritus at the US Naval Postgraduate School in Monterey, California, and retired colonel in the US Marine Corps Reserve, is the author of German Panzers on the Offensive: Russian Front, North Africa 1941–1942; Hitler’s Panzers East: World War II Reinterpreted; and NATO under Attack: Why the Western Alliance Can Fight Outnumbered and Win in Central Europe without Nuclear Weapons (with Friedrich Wilhelm von Mellenthin and E. Sobik).
Loading...
or support indie stores by buying on