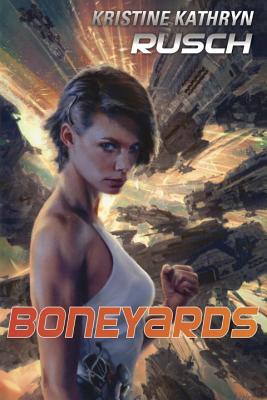 The final installment in the exciting, fast-moving, and passionate space opera.
Searching for ancient technology to help her friends find answers to the mystery of their own past, Boss ventures into a place filled with evidence of an ancient space battle, one the Dignity Vessels lost. Meanwhile, the Enterran Empire keeps accidentally killing its scientists in a quest for ancient stealth tech. Boss's most difficult friend, Squishy, has had enough. She sneaks into the Empire and destroys its primary stealth-tech research base. But an old lover thwarts her escape, and now Squishy needs Boss's help.
Boss is a fugitive from the Empire, and she knows how to make a Dignity Vessel work. She also knows that Dignity Vessels house the very technology that the Empire is searching for. Should Boss take a Dignity Vessel to rescue Squishy and risk losing everything to the Empire? Or should she continue on her mission for her other friends and let Squishy suffer her own fate?
Filled with battles old and new, scientific dilemmas, and questions about the ethics of friendship, Boneyards is space opera the way it was meant to be: exciting, fast-moving, and filled with passion.

Praise for Diving into the Wreck

"This is classic sci-fi, a well-told tale of dangerous exploration. . . . Compellingly human and technically absorbing, the suspense builds to fevered intensity, culminating in an explosive yet plausible conclusion."
—RT Book Reviews Top Pick

Praise for City of Ruins

"An excellent novel that combines adventure and excitement with solid world building and subtle narration. By the time you turn the final page, you’ll be very eager to find out where Kristine Kathryn Rusch is going to take this series next."
—Tor.com

Bestselling, multi-award-winning writer Kristine Kathryn Rusch publishes fiction under several names and in many genres. She has won science fiction s prestigious Hugo Award twice and has been nominated three times for mystery s highest award, the Edgar. Her previous novels in the Diving universe include Diving Into the Wreck and City of Ruins. Novellas set in the Diving universe have won three Asimov s Readers Choice Awards. Rusch s work has also received readers awards from Analog, Science Fiction Age, and Ellery Queen Mystery Magazine. Other recent novels include Anniversary Day: A Retrieval Artist Novel and three under her pen name Kristine Grayson. Visit her at divingintothewreck.com."
Loading...
or
Not Currently Available for Direct Purchase