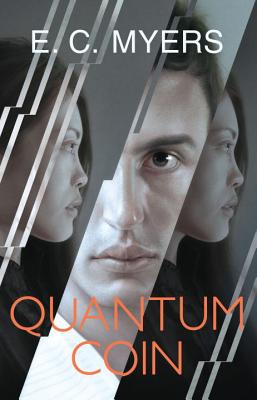 The sequel to the exciting adventure spun across parallel worlds
Ephraim thought his universe-hopping days were over. He's done wishing for magic solutions to his problems; his quantum coin has been powerless for almost a year, and he's settled into a normal life with his girlfriend, Jena. But then an old friend crashes their senior prom: Zoe, Jena's identical twin from a parallel world.
Zoe's timing couldn't be worse. It turns out that Ephraim's problems have just begun, and they're much more complicated than his love life. The multiverse is at stake - and it might just be Ephraim's fault.
Ephraim, Jena, and Zoe embark on a mission across multiple worlds to learn what's going wrong and how to stop it. They will have to draw on every resource available and trust in alternate versions of themselves and their friends before it's too late for all of them.
If Ephraim and his companions can put their many differences aside and learn to work together, they might have a chance to save the multiverse. But ultimately, the solution may depend on how much they're willing to sacrifice for the sake of humanity . . . and each other.

E.C. Myers was assembled from Korean and German parts in Yonkers, New York, where he was raised jointly by a mother and the public library. He is a graduate of the Clarion West Writers Workshop and a member of the prolific NYC writing group Altered Fluid. Fair Coin was his first novel. In the rare moments when he isn't writing, he blogs about Star Trek at theviewscreen.com, plays video games, watches classic films and television, sleeps as little as possible, and spends too much time on the internet. To find out more about E.C. Myers and his activities, short story publications, and novels, visit ecmyers.net, or find him on Twitter @ecmeyers.

"Not just a great YA novel, Quantum Coin is a great science fiction novel in general. There is an abundance of heart and science to go around."
-SF Signal

"[Quantum Coin] ups the ante for fantasy fans everywhere, without letting other elements of the story wither. The romantic tension throughout highlights the maturation of the characters. Unlike many sequels, this one wraps up loose ends in a satisfactory fashion."
-RT Book Reviews, Four stars (Compelling - Page-turner)

"Warning: This Book is Pure Awesome Crack. Tired of cookie-cutter young-adult novels?.... [Fair Coin] achieves the feat of seeming like a dark fairy tale and a clever science fiction epic rolled into one. It's a fast-moving book full of twists and cool character moments and is definitely ideal for adults who miss the days of engaging, idea-driven science fiction."
- io9

"Funny, flirtatious, and unexpectedly poignant, Fair Coin takes the phrase 'be careful what you wish for' and runs with it. A stand-out debut from an author to watch."
- Lauren McLaughlin, author of Scored

"[A] well-written, fast-paced, EPIC adventure. There are plot twists you will never see coming and enough science fiction elements to satisfy even the hungriest nerd brain! In my opinion, it accurately portrays . . . what teenagers would do if they had the entire universe at their disposal."
- Mother/Gamer/Writer

"I thoroughly loved this book. Rather than finding just another same-old, same-old book, this one smashed through the mold. . . . I highly recommend [Fair Coin] to all fans of YA, especially those who enjoy male MCs, science fiction, and fantasy."
-I Swim for Oceans

"This one reminded me a lot of Scott Westerfeld's Uglies. There's so much to love here: madcap adventure, chewy theoretical physics, realistic angst, serious stakes leavened by hilarious snark. The kind of book smart kids will love."
- N. K. Jemisin, author of the Inheritance Trilogy

"A refreshingly unique read. . . . I loved the characters, I loved the concept, and most of all, I loved how immersed I was in the story."
- Hopelessly Devoted Bibliophile

"Myers has written a novel that makes the reader think. . . . It is humorous, emotional, and complex in a refreshing way, and I think it's a book that anyone who enjoys science fiction could really love."
-Literary Obsession

"Cerebral science fiction with enough romance and two-fisted action to keep it from getting too bogged down in its own ideas. A great read for just about anyone."
-Guys Lit Wire