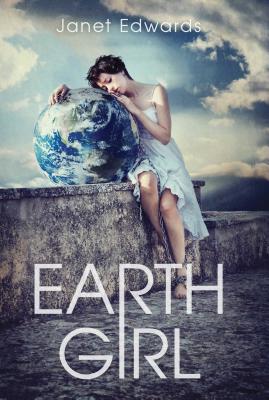 A sensational YA science fiction debut from an exciting new British author! Just because she's confined to the planet, doesn't mean she can't reach for the stars. 2788. Only the handicapped live on Earth. Eighteen-year-old Jarra is among the one in a thousand people born with an immune system that cannot survive on other planets. Sent to Earth at birth to save her life, she has been abandoned by her parents. She can't travel to other worlds, but she can watch their vids, and she knows all the jokes they make. She's an "ape," a "throwback," but this is one ape girl who won't give in. Jarra makes up a fake military background for herself and joins a class of norms who are on Earth for a year of practical history studies excavating the dangerous ruins of the old cities. She wants to see their faces when they find out they've been fooled into thinking an ape girl was a norm. She isn't expecting to make friends with the enemy, to risk her life to save norms, or to fall in love.

"Everything you could possibly want to grab a teenage reader and keep them utterly enthralled."
- Starburst Magazine

"Earth Girl delivers a shiny future you'll actually want to live in--perhaps the first true utopian YA. Refreshingly original with big ideas and even bigger surprises, this thrilling space opera is firmly grounded in complex and compelling characters. Edwards deftly guides us through a universe rich with history and inventive technology, while always reminding us to respect the past, other cultures, and most of all, ourselves."
- E. C. Myers, Author of Fair Coin and Quantum Coin

"This is such a beautifully rich and deeply gripping science fiction novel, and I absolutely urge you to try it--you won't be disappointed!"
- Pen to Paper, 5 stars

Janet Edwards grew up in prosaic England but also shared the lives of amazing people in fantastic worlds. Her guides were books written by authors, some still famous and some already forgotten. Those authors have hundreds of individual names, but they have one title in common. They were all Expert Dreamers. After growing bored with work involving tedious technical facts, Janet made a break for freedom through a magical wardrobe and is now training as an Apprentice Dreamer. She has a husband, a son, a lot of books, and an aversion to housework. Visit her online at www.janetedwards.com, www.facebook.com/JanetEdwardsSF, and on Twitter @JanetEdwardsSF.
Loading...
or support indie stores by buying on
(This book is on backorder)