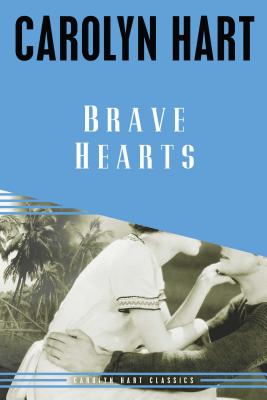 A woman caught in a loveless marriage discovers love again in the midst of desolation. Romantic suspense amid the chaos of a world at war. Catharine Cavanaugh is caught in a loveless marriage. Married to a British diplomat, she goes through the motions of playing the dutiful American wife in war- time London, while nightly German bombers bring terror and death to the city. Then she meets American war correspondent Jack Maguire and discovers hope and love again in the midst of desolation. But war soon comes between them. When Catharine and her husband are unexpectedly transferred to the Philippines, Jack follows. Shortly after their arrival, the Japanese attack. The trapped civilians, including Catharine and Jack, are forced into a harrowing adventure to escape the marauding Japanese army. This taut page-turner vividly reveals how ordinary people can become heroes when forced to confront heart-rending decisions in almost impossible circumstances.

“The gifts that have made Carolyn Hart famous are on display in this story of intrigue, romance, and gritty danger. Brave Hearts is one of her most compelling novels. A true thriller.”
—Ed Gorman, author of the Sam McCain Mysteries

CAROLYN HART (Oklahoma City, OK) is the winner of multiple Agatha, Anthony, and Macavity Awards. She is a cofounder of Sisters in Crime. Her prolific career has included the enduring Death on Demand series as well as the Henrie O and Bailey Ruth books. At Malice Domestic, she received the 2012 Amelia Award and, in 2007, a Lifetime Achievement Award. She has published fifty mystery novels, including Dead, White and Blue (Berkeley Prime Crime, May 2013), the latest installment of the Death on Demand series. Visit her online at www.carolynhart.com and www.facebook.com/AuthorCarolynHart.
Loading...
or
Not Currently Available for Direct Purchase