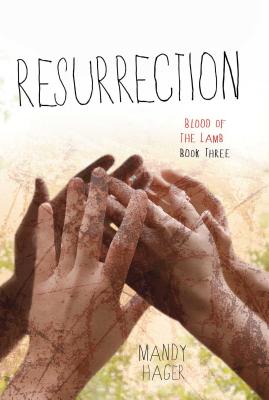 Resurrection (Blood of the Lamb #3)

A futuristic novel for young adults, The Blood of the Lamb trilogy is, at its heart, political - a reflection on the way a few very powerful (mostly white) men hold the balance of power all around the world and maintain it through intimidation, incarceration, and fear. When Maryam arrives back at Onewere and tries to loosen the Apostles' religious stranglehold by sharing the miraculous remedy for Te Matee lai, she finds herself captured once again - prey to the Apostles' deadly game. The ruling elite manipulate her return by setting in motion a highly orchestrated ritual before a hysterical and brain-washed crowd. Somehow Maryam must get the islanders to listen to her plea that they start thinking for themselves - hoping to stir the independence in their hearts, even as she finds herself on the brink of death.

Praise For Resurrection (Blood of the Lamb #3)…

Praise for The Blood of the Lamb:

"With strong themes about racial and religious oppression and social justice, this series offers a well-constructed dystopia featuring issues that are all too realistic. Thought-provoking and action-packed.” - School Library Journal

"Just the thing for those readers still hungry for dystopias." - Kirkus Reviews

"Readers who love dystopian fiction, yet are searching for a unique storyline, should take a chance with Hager's novel. The imperfect protagonist, the low-key romance that sparks life into a dangerous story, and the urgency the characters carry make Hager's The Crossing an addicting and thought-provoking read."  - Blogcritics

"A post-apocalyptic thriller of such force and originality...."  - Booktopia SF & Fantasy

Mandy Hager is an award-winning writer and educator based on the Kapiti Coast near Wellington, New Zealand. The author of Into the Wilderness and other novels, she has a drive to tell stories that matter—direct, powerful stories with something to say. She won the 2010 New Zealand Post Children’s Book Award for Young Adult Fiction for The Crossing, the first book in The Blood of the Lamb series, and has twice won the LIANZA Book Awards for YA fiction. In 2012 she was awarded the Beatson Fellowship to write Dear Vincent, a story about suicide, painting, and Vincent Van Gogh. She was recently named the 2014 Katherine Mansfield Menton Fellow (one of NZ's oldest and most prestigious writing awards), with the opportunity to travel to the south of France for eight months' writing and research. Visit her online at www.mandyhager.com, at www.facebook.com/BloodOfTheLambTrilogy, and on Twitter @MandyHager.
Loading...
or
Not Currently Available for Direct Purchase