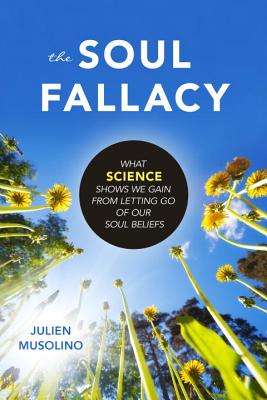 Most Americans believe they possess an immaterial soul that will survive the death of the body. In sharp contrast, the current scientific consensus rejects the traditional soul, although this conclusion is rarely discussed publicly. In this book, a cognitive scientist breaks the taboo and explains why modern science leads to this controversial conclusion. In doing so, the book reveals the truly astonishing scope and power of scientific inquiry, drawing on ideas from biology, psychology, neuroscience, philosophy, and the physical sciences.

Much more than chronicling the demise of the traditional soul, the book explores where soul beliefs come from, why they are so widespread culturally and historically, how cognitive science offers a naturalistic alternative to religious conceptions of mind, and how postulating the existence of a soul amounts to making a scientific claim.

Although the new scientific view of personhood departs radically from traditional religious conceptions, the author shows that a coherent, meaningful, and sensitive appreciation of what it means to be human remains intact. He argues that we do not lose anything by letting go of our soul beliefs and that we even have something to gain.

Throughout, the book takes a passionate stand for science and reason. It also offers a timely rejoinder to recent claims that science supports the existence of the soul and the afterlife.

Praise For The Soul Fallacy: What Science Shows We Gain from Letting Go of Our Soul Beliefs…

"The bestseller list is crowded with books­—some by naifs, others by charlatans—which announce that the existence of ghosts is a scientific fact and the key to a meaningful life. Thank goodness for The Soul Fallacy. With patience, good nature, and relentless rationality, Julien Musolino shows that we humans are a part of the natural world and subject to its comprehensible laws. Even better, he shows that this triumph over superstition and hocus-pocus is a cause for celebration, not despair."

—STEVEN PINKER, Johnstone Family Professor of Psychology, Harvard University, and author of How the Mind Works and The Blank Slate

“More than 60 percent of Americans believe that immortal souls exist. Despite the absence of any credible evidence, these twenty-first-century believers make the extraordinary claim that personalized phantoms contain the unique personality and memories of their temporary hosts. To the rescue comes The Soul Fallacy, Julien Musolino’s powerful, enjoyable, and well-researched book. This fresh, timely work exposes soul belief to be vacant and without form. Best of all, The Soul Fallacy is uplifting and inspirational. Musolino’s case for skepticism is constructive and positive. He shows that meaning and morality are within the reach of mere mortals and not dependent on soul belief. The Soul Fallacy does not attempt to force an unbearable view on people and cruelly rob them of a precious belief. It is, rather, an invaluable gift of science and reason designed to help them figure out such things on their own.”

—GUY P. HARRISON, author of Think: Why You Should Question Everything and 50 Simple Questions for Every Christian

“In the Middle Ages almost everyone believed in the witch theory of causality: that women cavorting with demons cause disease, disasters, accidents, crop failures, and assorted other maladies and calamities. Today no one in the Western world believes in witches because the witch theory of causality was replaced by scientific explanations for these assorted happenings. In The Soul Fallacy, Julien Musolino does for souls what earlier scientists did to witches: he explains why souls don’t exist, then shows that science offers a better explanation for the workings of the mind and other beliefs that souls supposedly explained, and finally offers a deeper, richer, and more fulfilling worldview grounded in science instead of superstition.”

—MICHAEL SHERMER, publisher of Skeptic magazine, monthly columnist for Scientific American, and author of The Believing Brain and The Moral Arc

“A fascinating demonstration that souls, selves, inner essences—at least as they are traditionally conceived—are only compelling chimeras. In this vibrant book, Musolino offers a more scientific understanding of these common notions.”

“The soul is hard to let go of. The Soul Fallacy convinces us that we should—and more importantly, it shows us that what we have gained is much more than what we have lost. A challenging, informative, and wonderfully readable book.”

—SEAN CARROLL, theoretical physicist at the California Institute of Technology, author of The Particle at the End of the Universe

“Know that you are a physical body with no soul; realize that self, free will, pain, and consciousness depend on your brain; and give up the delusion that there is something more, and—as Musolino brilliantly explains—you won’t find meaninglessness but freedom and truth. Musolino crushes the soul delusion with scientific evidence and meticulous argument. By the end of this wide-ranging book, the reader will surely know that individuals and whole societies can be freer, wiser, and more compassionate without it.”

—SUSAN BLACKMORE, visiting professor at the University of Plymouth, UK, author of Consciousness: An Introduction and The Meme Machine

“Musolino’s book is the first scientific treatment of a great, fundamental question—do we have souls? That is, do we have something more than a body that includes a conscious brain? His book is a witty, accessible, and yet rigorous treatment of the scientific evidence against that persistent belief. Musolino does not eschew the difficult questions—if we have no souls, is there no hope? Is there no morality? Is there any sense of human purpose? His book demonstrates how progress in our understanding of the brain and of human evolution can help us discard unnecessary and misleading beliefs and lead us toward a more enlightened view of human nature.”

Julien Musolino is a Franco-American cognitive scientist and an Associate Professor at Rutgers University where he directs the Psycholinguistics Laboratory and holds a dual appointment in the Department of Psychology and the internationally renowned Center for Cognitive Science. He is the author of over 30 scientific articles and his research has been funded by the National Institutes of Health and the National Science Foundation.
Loading...
or
Not Currently Available for Direct Purchase