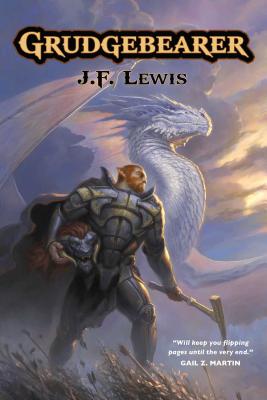 Kholster is the first born of the practically immortal Aern, a race created by the Eldrennai as warrior-slaves to defend them from the magic-resistant reptilian Zaur. Unable to break an oath without breaking their connection with each other, the Aern served the Eldrennai faithfully for thousands of years until the Sundering. Now, the Aern, Vael, and Eldrennai meet every hundred years for a Grand Conjunction to renew their tenuous peace. While the tortures of slavery remain fresh in Kholster's mind, most of the rest of the world has moved on. Almost six hundred years after the Sundering, an Eldrennai prince carelessly breaks the truce by setting up a surprise museum exhibit containing sentient suits of Aernese armor left behind, never to be touched, lest Kholster kill every last Eldrennai. Through their still-existing connection with their ancient armor, the Aern know instantly, and Kholster must find a way to keep his oaths, even those made in haste and anger. While Kholster travels to the Grand Conjunction with his Freeborn daughter and chosen successor Rae'en, his troops travel by sea, heading for war.

“A high-stakes adventure through a complex world with intriguing characters that will keep you flipping pages until the very end.”

J.F. Lewis is the author of The Grudgebearer Trilogy and The Void City series. Jeremy is an internationally published author whose books have been translated into many languages. He doesn't eat people, but some of his characters do. After dark, he can usually be found typing into the wee hours of the morning while his wife, sons, and dog sleep soundly.
Loading...
or
Not Currently Available for Direct Purchase