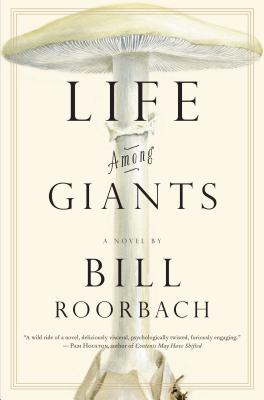 “A bighearted, big-boned story . . . Life Among Giants reads like something written by a kinder, gentler John Irving . . . Roorbach is a humane and entertaining storyteller with a smooth, graceful style.”—The Washington Post

“I hereby nominate Lizard the humongous football player and Sylphide the mysterious ballerina as two of my favorite characters of 2012 . . . Roorbach has crafted a story that's rollicking and sexy but not shallow or slight. Seven-foot Lizard and petite Sylphide, both giants in their own way, are a pair to behold. Part Gatsby, part Garp, Life Among Giants is an urgent tale of greed, love, and revenge.”—Neal Thompson for Amazon.com (Best Books of the Month Spotlight Selection)

“[Lizard’s and his sister’s] fascinating journey highlights the importance of steering your own fate, and it left me pondering where my own life will lead.”—Real Simple (reader’s review)

“[An] eventful, elegiac novel of sports and murder, food and finance.”—Bloomberg News

“What lingers after finishing Life Among Giants is the beauty of Roorbach’s appreciation of his characters’ exceptional physical abilities, as they play football, cook, make love and dance.”—The Dallas Morning News

“Besides being a compelling mystery, the kind to keep one reading well after bedtime, and a novel that almost insists on being immediately reread, Life Among Giants is a reminder of the ways we all shape our lives into stories, and the ways those stories, in turn, shape us.”—The Columbus Dispatch

“Life Among Giants is a long, strange trip, but an enthralling one.”—Wilmington Star-News

“This is one of those novels you read because you care about what happens to the people and the connections between them as those connections grow, fray, and snap. By turns surreal and gritty, the book is written with the same muscular grace possessed by the dancers and athletes who are its main characters.”—Booklist

“This ambitious, energetic novel from Roorbach has something for everyone—steamy sex, rock stars, ballet stars, professional football, a dysfunctional family, an unsolved murder, and a complicated revenge plot.”—Library Journal

“[A] thrilling indulgence, a tale of opulence, love triangles, and madness, set against a sumptuous landscape of lust and feasts . . . This is a purely Gatsbyesque portrayal of celebrity; David and Sylphide inhabit a galaxy of stars, each more blinding and destructive than the next, drawing intrigue and violence into their orbits.”—Publishers Weekly

“Great set-up, sparkling characters . . . A narrative threaded through with corruption and an appreciable number of love stories.”—Kirkus Reviews