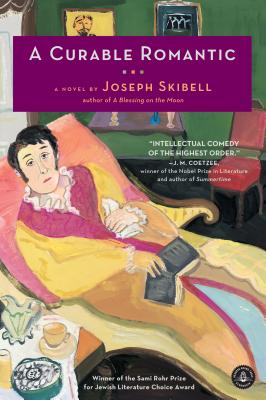 “Joseph Skibell is one of America's great unsung writers. His new novel, A Curable Romantic, is funny, dark, and profound. If there is justice in the world, it will win a major prize next year. Skibell writes amazing prose that carries you like a dream through a complicated plot without ever leaving you impatient. Fine literary tears will be cried.”
— Paul Ingram, Prairie Lights Books, Iowa City, IA
View the List

I fell in love with Emma Eckstein the moment I saw her from the fourth gallery of the Carl Theater, and this was also the night I met Sigmund Freud.” So goes the life, times, and loves of Dr. Jakob Sammelsohn, a fairly incurable romantic venturing optimistically through modern history. In this inventive and satiric tour de force, Joseph Skibell, award-winning author of A Blessing on the Moon, presents a picaresque novel of exile that could spring only from the imagination of a virtuoso.


Praise For A Curable Romantic…

"An irresistible romp about a lovelorn 19th-Century doctor who falls in with Sigmund Freud--and some dangerously attractive women." --O Magazine

“A Curable Romantic has no end of fun with its themes, notably the limits and usefulness of language . . . At the same time, it’s a tale of great compassion and reverence—a remarkable, deeply felt examination of man’s relationship to an ever-changing world.”
—The Atlanta Journal-Constitution