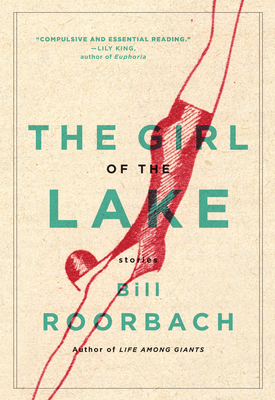 The Girl of the Lake

Bill Roorbach conjures vivid characters whose layered interior worlds feel at once familiar and extraordinary. He first made his mark as the winner of an O. Henry Prize for the title story of Big Bend, his first collection, which won the Flannery O’Connor Award. His new collection, The Girl of the Lake, captures a virtuoso in his prime.

Roorbach’s characters are unforgettable: among them an adventurous boy who learns what courage really is when an aging nobleman recounts history to him; a couple hiking through the mountains whose vacation and relationship ends catastrophically; a teenager being pursued by three sisters all at once; a tech genius who exacts revenge on his wife and best friend over a stolen kiss from years past.

These moving and funny stories are as rich in scope, emotional, and memorable as Bill Roorbach’s novels. He has been called “a kinder, gentler John Irving... a humane and entertaining storyteller with a smooth, graceful style” (the Washington Post), and his work has been described as “hilarious and heartbreaking, wild and wise” (Parade magazine), all of which is evident in spades (and also hearts, clubs, and diamonds) in every story in this arresting new collection.

Praise For The Girl of the Lake: Stories…

Bill Roorbach is the author of five previous books of fiction, including The Girl of the Lake, the Kirkus Prize finalist The Remedy for Love, the bestselling Life Among Giants, and the Flannery O’Connor Award–winning collection Big Bend. His memoir in nature, Temple Stream, won the Maine Literary Award in nonfiction. Roorbach has received fellowships from the Civitella Ranieri Foundation and the National Endowment for the Arts. He held the William H. P. Jenks Chair in Contemporary American Letters at the College of the Holy Cross in Worcester, Massachusetts. His craft book, Writing Life Stories, has been in print for twenty-five years. His writing has appeared in Harper’s, the New York Times Magazine, the Atlantic, Ploughshares, Granta, Ecotone, New York magazine, and other publications. He lives in Maine with his family.