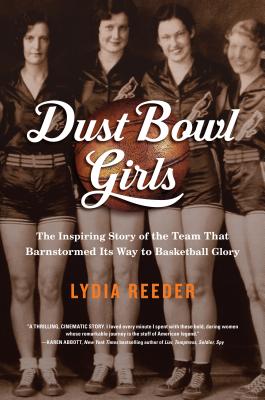 Praise For Dust Bowl Girls: The Inspiring Story of the Team That Barnstormed Its Way to Basketball Glory…

“Lydia Reeder has crafted a thrilling, cinematic story that seems destined for the big screen (please cast Saoirse Ronan as Doll Harris!). I loved every minute I spent with the bold, daring women of the Cardinals basketball team, whose remarkable journey to victory is the stuff of American legend.”
—Karen Abbott, New York Times bestselling author of Liar, Temptress, Soldier, Spy

Lydia Ellen Reeder is the grandniece of Sam Babb, the extraordinary basketball coach featured in Dust Bowl Girls. She spent over two years conducting research for the book and also wrote and narrated a short film about the Cardinal basketball team, currently on view at the Oklahoma Historical Society website: youtu.be/fokmbnWmp50. As a former associate editor at Whole Life Times in Los Angeles and Delicious Magazine in Boulder, Colorado, Reeder has worked for many years as a copywriter and editor on behalf of corporate and organizational clients and most recently developed e-learning for a national nursing association. She lives in Denver with her husband and enjoys hiking in the mountains of Colorado. Dust Bowl Girls is her first book.
Loading...
or
Not Currently Available for Direct Purchase