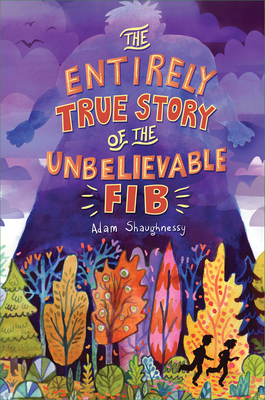 The Entirely True Story of the Unbelievable FIB

“What is the Unbelievable FIB?”

That’s the question eleven-year-old Prudence Potts discovers on a baffling card no one else in Middleton--except ABE, a new kid at school with a knack for solving riddles--seems to see. Then a mysterious man asks for ABE and Pru’s help investigating mythical beings infiltrating the town, and that’s just the first of many things Pru finds hard to believe.

Soon Pru and ABE discover another world beneath their quiet town, where Viking gods lurk just out of sight. And when the pair find themselves locked in a battle against a dangerously clever enemy, they must race to secure the Eye of Odin, source of all knowledge--and the key to stopping a war that could destroy both human and immortal realms.

Author Adam Shaughnessy draws from classic lore to create a tale rich in puzzles, plot twists, charming characters, and sly humor in which uncertainty opens the door to magic and the last thing you should do is believe your own eyes.

Praise For The Entirely True Story of the Unbelievable FIB…

Adam Shaughnessy is an author and educator. He received his BA in English from Connecticut College and is currently pursuing his MA in children’s literature from Hollins University. Adam lives in Waterford, Connecticut. The Entirely True Story of the Unbelievable FIB is his first novel.
Loading...
or
Not Currently Available for Direct Purchase