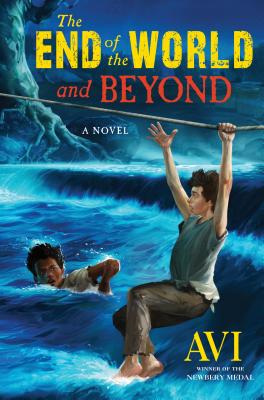 The End of the World and Beyond

Convicted of thievery and transported from England to America, Oliver Cromwell Pitts, shackled to his fellow prisoners, endures inedible food, filthy conditions, and deadly storms on his voyage across the Atlantic. But the hazardous shipboard journey is nothing compared to the peril that waits for him on the colonial shores.

In Annapolis, Oliver’s indentured servitude is purchased by the foul, miserly Fitzhugh, who may have murdered another servant. On Fitzhugh’s isolated tobacco farm, Oliver’s only companion is an enslaved boy named Bara. Oliver and Bara become fast friends with one powerful goal: to escape Fitzhugh. Oliver hopes he can find his sister, Charity, brought somewhere in the colonies on a different ship. Bara dreams of reaching a community of free black people in the cypress swamp who may help him gain his liberty.  But first the boys must flee Fitzhugh’s plantation and outrun their brutal pursuer and the dangers that lurk in the swamp.


Praise For The End of the World and Beyond…

“I highly recommend this book to anyone interested in history and willing to take the time to understand the old English.”
—The Denver Post

“One thing is certain: it may be the end of the world, but there is no end to the pleasure Avi’s latest evokes.”
—Booklist, starred review

“Newbery Medal winner Avi s a skilled writer, and here he cleverly blends page-turning adventures with America's painful social history. Readers will be entertained — and stressed out — even while learning about the plight of the slaves and indentured servants who helped build our country.”
—Deseret News

Avi is the author of the Newbery Medal novel Crispin: The Cross of Lead and the Newbery Honor books Nothing But the Truth and The True Confessions of Charlotte Doyle, among many other books for young readers. Catch You Later, Traitor was inspired by his own childhood in Brooklyn during the Red Scare. Avi now lives in Colorado. You can visit him online at www.avi-writer.com.
Loading...
or support indie stores by buying on