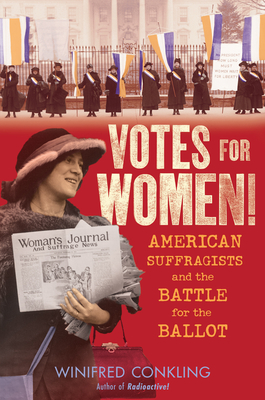 The story of the tenacious American women who demanded, fought for—and finally won—their right to vote; paving the way for generations of civil rights activists.

By turns illuminating, harrowing, and empowering, Votes for Women! paints a vibrant picture of the women whose tireless battle still inspires political, human rights, and social justice activism. From the author of Radioactive! How Irène Curie and Lise Meitner Revolutionized Science and Changed the World​ and Passenger on the Pearl: The True Story of Emily Edmonson's Flight from Slavery.