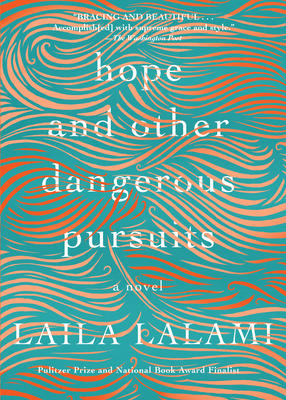 “A dream of a debut, by turns troubling and glorious, angry and wise.” —Junot Diaz​

Hope and Other Dangerous Pursuits, the debut of Pulitzer Prize and National Book Award finalist Laila Lalami, evokes the grit and enduring grace that is modern Morocco. The book begins as four Moroccans illegally cross the Strait of Gibraltar in an inflatable boat headed for Spain.What has driven them to risk their lives? And will the rewards prove to be worth the danger?

Praise For Hope and Other Dangerous Pursuits…

"[Lalami] is a captivating storyteller who drops us onto an inflatable boat ferrying illegal immigrants from Morocco to Spain. Lalami skillfully limns the dark recesses of the Muslim world and creates true-to-life characters, including Murad, a tout who hustles tourists; Halima, a battered wife fleeing her alcoholic husband and the slums of Casablanca; and Faten, a student and religious radical. With subtlety and grace the author explores the emotional complexities of the culture they're trying to escape—one that bears more resemblance to ours than we may imagine."
—People

“Moroccan-born Laila Lalami’s thrilling debut novel follows four desperate people—a fanatical student, a gentle hustler, an abused wife, and a husband searching for decent wages—fleeing Morocco in a flimsy boat across the dangerous Strait of Gibraltar in a death-defying bid for freedom in Spain, a narrative journey that . . . Lalami handles with a keen sense of history, hope, and panache.”
—Elle

“Laila Lalami's debut novel is an absolute treasure. With realistic, clear, wonderful writing, she fully explores her characters—flaws, strengths, and all.”
—Bust

"Lalami’s story lines are evocative, her characters arresting, the settings vivid, and her voice pure and penetrating, ensuring that these striking tales of unsanctioned journeys and urgently improvised lives are at once timely and timeless."
––Booklist

"This intense portrait of a gorgeous, once-powerful civilization stands in stark relief to the modern society Lalami skillfully depicts with gritty realism . . . impressive: This could well be the preamble to an important body of work."
—Kirkus Reviews

"Laila Lalami's compelling work of fiction provides an anatomy of hope and struggle. Building with quiet urgency, these tales of a group of travelers gradually transform into the story of a nation and a profound moment in history."
—Diana Abu-Jaber, author of Crescent and The Language of Baklava