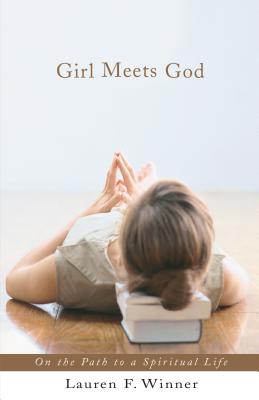 On the Path to a Spiritual Life

Like most of us, Lauren Winner wants something to believe in. The child of a reform Jewish father and a lapsed Southern Baptist mother, she chose to become an Orthodox Jew. But as she faithfully observes the Sabbath rituals and studies Jewish laws, she finds herself increasingly drawn to Christianity. Taking a courageous step, she leaves behind what she loves and converts. Now the even harder part: How does one reinvent a religious self? How does one embrace the new without abandoning the old? How does a convert become spiritually whole.

In Girl Meets God, this appealingly honest young woman takes us through a year in her search for a religious identity. Despite her conversion, she finds that her world is still shaped by her Jewish experiences. Even as she rejoices in the holy days of the Christian calendar, she mourns the Jewish rituals she still holds dear. Attempting to reconcile the two sides of her religious self, Winner applies the lessons of Judaism to the teachings of the New Testament, hosts a Christian seder, and struggles to fit her Orthodox friends into her new religious life.

Ultimately she learns that faith takes practice and belief is an ongoing challenge. Like Anne Lamott's, Winner's journey to Christendom is bumpy, but it is the rocky path itself that makes her a perfect guide to exploring spirituality in today's complicated world. Her engaging approach to religion in the twenty-first century is illuminating, thought-provoking, and most certainly controversial.

Lauren F. Winner, the former book editor for Beliefnet.com, is a regular reviewer for Publishers Weekly and a contributing editor for Christianity Today. Her essays have appeared in the New York Times Book Review, the Washington Post Book World, and many other journals. She has degrees from Columbia and Cambridge Universities and is currently at work on her doctorate in the history of religion at Columbia.
Loading...
or support indie stores by buying on