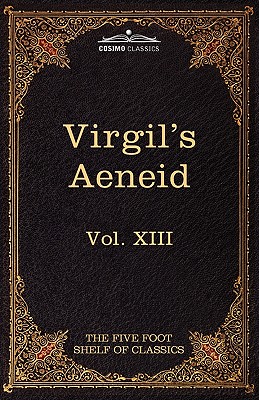 The Five Foot Shelf of Classics, Vol. XIII (in 51 Volumes)

Originally published between 1909 and 1917 under the name "Harvard Classics," this stupendous 51-volume set-a collection of the greatest writings from literature, philosophy, history, and mythology-was assembled by American academic CHARLES WILLIAM ELIOT (1834-1926), Harvard University's longest-serving president. Also known as "Dr. Eliot's Five Foot Shelf," it represented Eliot's belief that a basic liberal education could be gleaned by reading from an anthology of works that could fit on five feet of bookshelf. Volume XIII features one of the greatest works of verse in world history: the Aeneid, by Roman poet VIRGIL (70 B.C.-19 B.C.), which gathered together disconnected legends and mythic characters and molded them into the fabled epic of the founding of Rome by Trojan hero Aeneas. It has long been considered essential reading for anyone wishing to understand the foundations of Western literature.