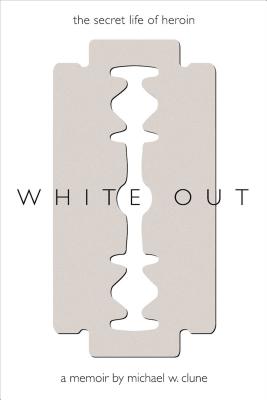 The Secret Life of Heroin

Clune’s gripping account of life inside the heroin underground reads like no other, as we enter the mind of the addict and navigate the world therein.

How do you describe an addiction in which the drug of choice creates a hole in your memory, a “white out,” so that every time you use it is the first time--new, fascinating, and vivid? Michael W. Clune’s original, edgy yet literary telling of his own story takes us straight inside such an addiction--what he calls the Memory Disease.With black humor and quick, rhythmic prose, Clune’s gripping account of life inside the heroin underground reads like no other, as we enter the mind of the addict and navigate the world therein. Clune whisks us between the streets of Baltimore and the university campus, revealing his dual life while a graduate student teaching literature. We spiral downward with Clune--from nodding off in an abandoned row-house with a one-armed junkie and a murderous Jesus freak to scanning a crowded lecture hall for an enemy with a gun.After experiencing his descent into addiction, we go with him through detox, treatment, and finally into recovery as he returns to his childhood home and to the world of color. It is there that the Memory Disease and his heroin-induced white out begins to fade.

Praise For White Out: The Secret Life of Heroin…

Excerpt from White Out by the author, Michael W. Clune, "I’m sitting there at Dom’s, minding my business. Henry’s kind of talking; I’m kind of listening. Then I see a white-topped vial. Wow. I stare at it. It’s the first time I’ve ever seen it. I know I’ve seen it ten thousand times before. I know it only leads to bad things. I know I’ve had it and touched it and used it and shaken the last particles of white from the thin, deep bottom one thousand times. But there it is. And it’s the first time I’ve ever seen it. The first time I encountered dope isn’t somewhere else; it isn’t in the past. It’s right over there. It’s on the table.

Michael W. Clune is an assistant professor at Case Western Reserve University and is the author of a scholarly book on American literature published by Cambridge University Press.
Loading...
or
Not Currently Available for Direct Purchase