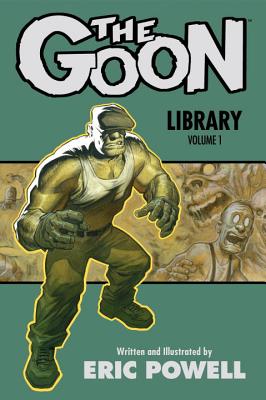 Lonely Street comes under all manner of threats both tragic and hilarious in this deluxe hardcover edition of The Goon.

The Nameless Man, the Zombie Priest, has come to town to build a gang from the undead. Yet even with an unlimited supply of soldiers, the Priest cannot move in on the territory controlled by the crime boss Labrizio and his unstoppable enforcer--the Goon. But when the Priest discovers Goon's most closely held secret the balance of power threatens to change forever!