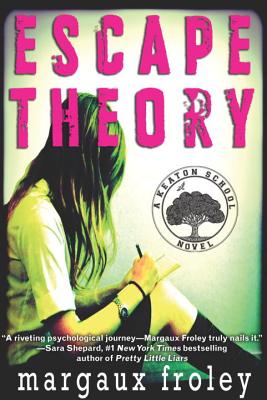 Sixteen-year-old Devon Mackintosh has always felt like an outsider at Keaton, the prestigious California boarding school perched above the Pacific. As long as she's not fitting in, Devon figures she might as well pad her application to Stanford's psych program. So junior year, she decides to become a peer counselor, a de facto therapist for students in crisis. At first, it seems like it will be an easy fly-on-the-wall gig, but her expectations are turned upside down when Jason Hutchins (a.k.a. "Hutch"), one of the Keaton's most popular students, commits suicide.
Devon dives into her new role providing support for Hutch's friends, but she's haunted by her own attachment to him. The two shared an extraordinary night during their first week freshman year; it was the only time at Keaton when she felt like someone else really understood her. As the secrets and confessions pile up in her sessions, Devon comes to a startling conclusion: Hutch couldn't have taken his own life. Bound by her oath of confidentiality"--"and tortured by her unrequited love--Devon embarks on a solitary mission to get to the bottom of Hutch's death, and the stakes are higher than she ever could have imagined.
Read an excerpt of "Escape Theory." http: //bit.ly/Yi5DZf.


"Escape Theory is a riveting psychological journey—Margaux Froley truly nails it. The characters sing on the pages, the mystery leaves you breathless, and the world is spooky but recognizable—you feel like you're in the thick of things with Devon every step of the way. I will never think of Nutter Butters the same again, and I can't wait for the next Keaton School installment!"
—Sara Shepard New York Times bestselling author of Pretty Little Liars

“This is Froley's first novel and I can't wait for her to bring another book out. I loved the strong lead characters and finally a teen girl who doesn't give everything up for the perfect guy—Devon's guy is far from it. If you like a mystery, a good teen story or a bunch of very different characters, this is for you.”
—The Guardian

“Froley infuses this story with layered and interesting characters that keep the reader guessing [about].... the super-rich, complicated student body of Keaton School. If this debut novel is any indication of the quality of those to succeed it, the series should have a great following.”
—VOYA

“Margaux Froley gives the boarding school novel a West Coast twist in this suspenseful and complex mystery.... Readers will be eager to follow Devon's progress.”
—TeenReads.com

Margaux Froley grew up in Santa Barbara, California, and attended not one, but two boarding schools during her high school years in California and Oxford, England. She studied film at University of Southern California, and has worked for such television networks as: TLC, CMT, Travel, MTV, and the CW. She currently lives in Los Angeles and still loves Nutter Butters. "Escape Theory" is her first novel.
Loading...
or
Not Currently Available for Direct Purchase