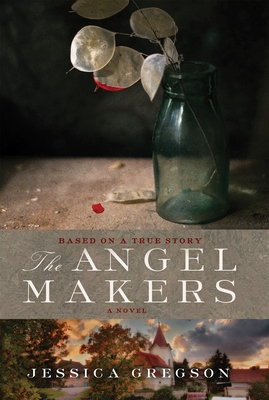 “Based on a true story, this tale involves a young orphan who lives with the town midwife in a remote area of Hungary. Together, they help the town's wives resolve their issues with their abusive husbands -- with the help of arsenic. During World War I, these women learn to cope for themselves, and then take matters into their own hands after their husbands return. But will they get away with it?”
— Beth Carpenter, The Country Bookshop, Southern Pines, NC
View the List

Is witchcraft or revenge to blame when men from a remote Hungarian village start dropping dead?

Teenage Sari's smart, inquisitive nature would be enough to make her an outcast in her remote Hungarian village; add to that her knowledge of healing herbs, and she's widely considered a witch.

When the men leave to fight World War I, however, everything changes. Without their oppressive and often abusive husbands and boyfriends, the women at last taste freedom and independence, and Sari makes friends. She and a number of other women in the village even begin relationships with injured Italian POWs housed nearby. Swept up in an intellectual and passionate love affair with a university professor, Sari's mind and body awaken for the first time in her life.

With the war's end, the men of the village return. Sari's freedom--and her newfound friendships--are imperiled. But just as Sari knows the herbs that will heal, she knows as well those that will kill. It takes several weeks for the arsenic, sprinkled her fiancé's food, to finish him off. The first poisoning leads to another, and then another. Based on a true story, this novel shows how a good person can be led to evil, and how a community can come together to conceal unspeakable crimes.


Praise For The Angel Makers…

"Like Tracy Chevalier in Girl with the Pearl Earring, Gregson excels at developing strong, complex female voices; a swift plot; and a story that will hold readers from beginning to end."—Booklist

“It’s a testament to Gregson’s skill that she lures readers on board and makes us believe—even cheer on—the grisly twists. She might get away with it because she’s so careful with her pacing and character development. She doesn’t race straight to the guts; she instead gives us enough of village life to hook us, make us believe, make us care about Sari’s strangeness, and the village’s general sicknesses and plucky misery, before any angels are made. Furthermore, Gregson possesses an enviable talent for delivering a full character in just a few lines…. her prose hangs together well overall and demonstrates an elegant ability to shift perspective, an acuity with handling the passage of time, and a touch for simple, transformative moments of beauty.” —Fiction Writer's Review

“Gregson has created in Sari so curious a character that the novel, based on a true story, springs vividly alive.” Grade: B+ —Clevland Plain Dealer

"Basing her novel on a true story, Gregson draws the reader into Sari’s conflicted world…. Gregson’s cautionary tale is all the more chilling for its basis in reality.” —Curled Up With a Good Book

Jessica Gregson has a degree in Anthropology from Cambridge and a Masters in Development from London School of Economics. Jessica has worked as a policy advisor for the home office and a humanitarian worker in Sudan. Jessica has just started a PhD at the prestigious School of Oriental and African Studies in London.
or
Not Currently Available for Direct Purchase