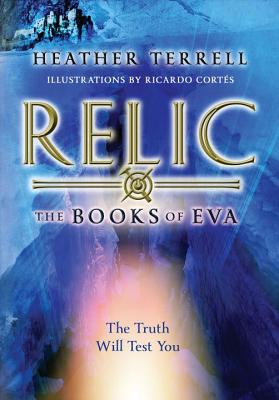 The truth will test you...

For fans of Game of Thrones and The Hunger Games: high fantasy and dystopia meet in this high-stakes tale of a civilization built on lies and the girl who single-handedly brings it down.


When Eva’s twin brother, Eamon, falls to his death just a few months before he is due to participate in The Testing, no one expects Eva to take his place. She’s a Maiden, slated for embroidery classes, curtseys, and soon a prestigious marriage befitting the daughter of an Aerie ruler. But Eva insists on honoring her brother by becoming a Testor. After all, she wouldn’t be the first Maiden to Test, just the first in 150 years.

Eva knows the Testing is no dance class. Gallant Testors train for their entire lives to search icy wastelands for Relics: artifacts of the corrupt civilization that existed before The Healing drowned the world. Out in the Boundary Lands, Eva must rely on every moment of the lightning-quick training she received from Lukas—her servant, a Boundary native, and her closest friend now that Eamon is gone.

But there are threats in The Testing beyond what Lukas could have prepared her for. And no one could have imagined the danger Eva unleashes when she discovers a Relic that shakes the Aerie to its core.

“Even when Eva knows that what she’s doing might come with unforeseen, negative consequences, she cannot ignore her need to know the truth. I love her for that.”
—Kirkus Book Report by Mandy Curtis of Forever Young Adult

“I already can’t wait for the second book of the RELIC series to come out. Eva is a strong female character and a great role model for teen girls. This is also a great book for both teens and parents to read.”
—Jennifer Wagner, Connect with your Teens through Pop Culture and Technology

“An exciting tale of self-discovery and one of great societal commentary.... Deft world-building creates a believable society in an icy clime with a strong and well-rounded main character. Eva’s choices for the future will leave readers anxious to see her tale continue in the next installment... a fresh new perspective in the dystopian field.”
—VOYA

Heather Terrell worked as a commercial litigator in New York City for over ten years, but she has always been obsessed with myth, lore, and the gap between history and the truth. This preoccupation has led to several loosely factual historical novels ("The Chrysalis," "The Map Thief," "Brigid of Kildare") and the pure-lore "Fallen Angel" series. "Relic" is the first installment of The Books of Eva series. She lives in Pittsburgh with her family. Visit her at www.heatherterrell.com.
Loading...
or
Not Currently Available for Direct Purchase