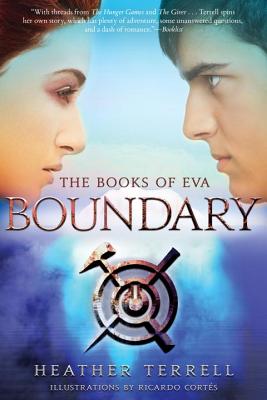 After surviving the Hunger Games-like Testing, Eva becomes the Aerie's first female Archon. The second installment of the Books of Eva continue the harrowing struggle between past and present, Aerie and Boundary. Eva is the first Maiden in Aerie history to train as Archon, the sacred leader of New North. All eyes are watching. Although she is betrothed to Jasper, she still finds herself drawn to Lukas, a Boundary dweller and former servant who may know who killed her twin brother. Eva's relationship with Lukas is forbidden. And his conviction that she is the Angakkuq, a mystical figure destined to destroy the Aerie, is even more dangerous. On her very first Archon expedition, she uncovers the Genesis, the legendary ship that brought the Founders to the New North. Its contents shatter the world Eva has known. Now she may be the only one--as both Archon and Angakkuq--who can prevent a war that will destroy what is left of human civilization.

Heather Terrell worked as a commercial litigator in New York City for over ten years, but she has always been obsessed with myth, lore, and the gap between history and the truth. This interest has led to several loosely factual historical novels (The Chrysalis, The Map Thief, Brigid of Kildare) and the pure-lore Fallen Angel series. Boundary is the companion to Relic and the second installment of The Books of Eva. She lives in Pittsburgh with her family. Visit her online at www.heatherterrell.com.
Loading...
or
Not Currently Available for Direct Purchase