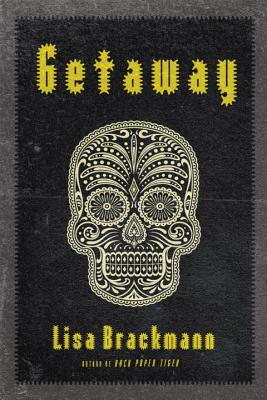 From the author of "New York Times" bestselling "Rock Paper Tiger" comes the most electrifying thriller of the summer.
Michelle Mason tells herself she's on vacation. A brief stay in the Mexican resort town of Puerto Vallarta. It's a chance to figure out her next move after the unexpected death of her banker husband, who's left behind a scandal and a pile of debt. The trip was already paid for, and it beats crashing in her sister's spare room. When a good-looking man named Daniel approaches her on the beach, the margaritas have kicked in and she decides: why not?
But the date doesn t go as either of them planned. An assault on Daniel in her hotel room, switched cell phones and an encounter with a friend of Daniel's named Gary gets Michelle enmeshed in a covert operation involving drug runners, goons, and venture capitalists. Michelle already knows she's caught in a dangerous trap. But she quickly finds that running is not an option. If she's not careful, she ll end up buried in the town dump, with the rest of the trash. Now she needs to fight smart if she wants to survive her vacation.

"Getaway draws you in with the immediate force of its sensuous atmosphere, its living and breathing characters, its riveting plot – and most of all, with its sheer believability. Did you ever get drunk on a holiday and do one or two things the guidebooks say you shouldn’t? Well, this is what it could have led to…"
—Lene Kaaberbøl & Agnete Friis, New York Times bestselling authors of The Boy in the Suitcase

"Brackmann strikes exactly the right mood in this frantic look at an ordinary woman who can't seem to claw her way out of the mess in which she's managed to land."
—Kirkus Reviews

"Brackmann follows up her debut, Rock Paper Tiger, an Amazon Best Book of 2010, with a sinister tale of a vacation gone bad...Puerto Vallarta provides a lush backdrop for Brackmann's richly drawn ex-pat world, which is as eccentric as it is dangerous."
—Publishers Weekly

International Noir Fiction: “The ending fulfills several strands of the book without totally wrapping up others. It almost suggests the ending of the Tony Scott film, veering off into a half-fairy tale, half metafictional other world: Getaway's ending is more believable than that of True Romance, but it's open-ended and contains elements of wish-fulfillment in the same sort of way…. Altogether, Getaway, due from Soho Press in May, is an interesting and entertaining update on the damsel-in-distress story (from the damsel's point of view) as well as the Ambler-esque spy thriller.”

“Lisa Brackmann’s novel gets off to a fast start and never lets up.... Be prepared for a wild ride.”
—The New York Times Book Review

Lisa Brackmann has worked as a motion picture executive and an issues researcher in a presidential campaign. A southern California native, she currently lives in Venice, California, with her three cats. Her critically acclaimed debut novel, "Rock Paper Tiger," was an Amazon Best Book of 2010.
Loading...
or
Not Currently Available for Direct Purchase