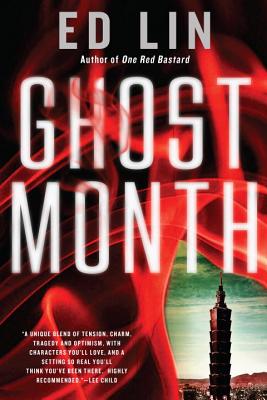 Welcome to Unknown Pleasures, a food stand in Taipei's night market named after a Joy Division album, and also the location for a big-hearted new mystery set in the often undocumented Taiwan.
August is Ghost Month in Taiwan a time to pay respects to the dead and avoid unlucky omens. Jing-nan, who runs a food stand in a bustling Taipei night market, isn t superstitious, but this August will haunt him. He learns that his high school sweetheart has been murdered found scantily clad near a highway where she was selling betel nuts. Betel nut beauties are typically women in desperate circumstances, but Julia Huang was high school valedictorian, and the last time Jing-nan spoke to her, she was far away, happily enrolled in NYU's honor program. The facts don t add up. Julia's parents don t think so, either, but the police seem to have closed the case without asking any questions. The Huangs beg Jing-nan to do some investigating, but nothing can prepare him for what he is about to learn, or how it will change his life.

"Hold on for a breathtaking, multi-cultural ride.  With some good luck and a few well-placed joss sticks, you just might survive."
—Martin Limón, author of Nightmare Range

"Lin's unsentimental, purely realist--not naturalist, not socialist, not postmodernist--novel raises hopes that American fiction may yet grow up."
—Booklist (Starred Review for Waylaid)

"Ed Lin is a new writer, but he has the eye and wit of a pro. Waylaid will make you laugh and cringe."
—Playboy (for Waylaid)

"Paints a convincing picture of Manhattan's Chinatown. Readers interested in the integration of Asian-Americans into American society, as well as those who like gritty procedurals, will be well rewarded."
—Publishers Weekly (Starred Review for Snakes Can't Run)

is a journalist by training and an all-around stand-up kinda guy. He s the author of several books: "Waylaid," his literary debut, and his Robert Chow crime series, set in 1970s Manhattan Chinatown: "This Is a Bust," "Snakes Can t Run," and" One Red Bastard." Lin, who is of Taiwanese and Chinese descent, is the first author to win three Asian American Literary Awards. Lin lives in New York with his wife, actress Cindy Cheung."