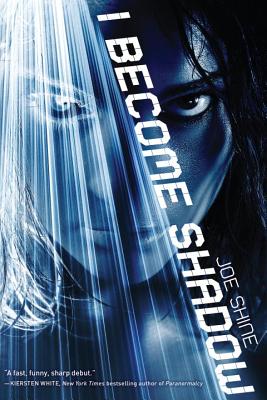 With a"headstrong heroine on par with Katniss Everdeen and Tris Prior" ("Kirkus") this debut thriller combines a pulse-pounding scifi thriller with a new adult coming-of-age story set at Texas A&M University.
When Ren Sharpe was fourteen, she was kidnapped by a shadowy organization called FATE and trained to be a human weapon.
Now, four years later, she receives her assignment: protect Gareth Young at all costs. Currently a student at Texas A&M, Gareth will someday change the world. FATE calls people like Gareth FIPs future important people and they re everywhere, each with a FATE-trained shadow.
But when disaster strikes, Ren will have to turn on her maker. Together with Junie, a fellow abductee and the one person she trusts, Ren takes Gareth on the run.
Because whatever else happens, failure is not an option.

Joe Shine grew up in Austin, TX (the greatest city ever), and is a graduate of Texas A&M University. He has an MFA from the Peter Stark Producing Program at the University of Southern California, and after brief stints in Los Angeles and Washington, DC, Joe returned home to Austin (repeat: the greatest city ever). Joe has a normal human job like most everyone else but hopes to become a full-time writer one day, and this is where you, the reader, must do him a really big solid and love "I Become Shadow," his first novel.
Loading...
or
Not Currently Available for Direct Purchase