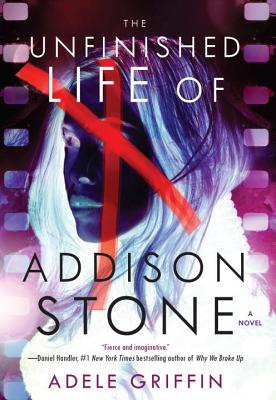 The Unfinished Life of Addison Stone

For fans of Miss Peregrine's Home for Peculiar Children, Girl, Interrupted, and A.S. King, National Book Award-finalist Adele Griffin tells the fully illustrated story of a brilliant young artist, her mysterious death, and the fandom that won't let her go. From the moment she stepped foot in NYC, Addison Stone's subversive street art made her someone to watch, and her violent drowning left her fans and critics craving to know more. I conducted interviews with those who knew her best--including close friends, family, teachers, mentors, art dealers, boyfriends, and critics--and retraced the tumultuous path of Addison's life. I hope I can shed new light on what really happened the night of July 28.
--Adele Griffin.

Praise For The Unfinished Life of Addison Stone…

"Griffin interweaves subtle commentary about social class, drug abuse and mental illness into this marvelous homage while winding the suspense knob all the way to 11."
—Kirkus Reviews, Starred Review

"The book is so raw that at times it's difficult to read—yet it's impossible to put it down. Readers who are just discovering National Book Award finalist Griffin will want to read more of her books, which frequently explore frightening matters of the human psyche."
—Booklist, Starred Review

Adele Griffin is a two-time National Book Award finalist and the highly acclaimed author of Loud Awake and Lost, as well as numerous other books for young adult and middle grade readers. Adele lives with her husband, Erich, and their two young children in Brooklyn, New York.
Loading...
or
Not Currently Available for Direct Purchase